Today was a great day.

Firstly, it was a day off work. That's always good. The family was up for the weekend which meant a training embargo during Sat / Sunday. It was also the pinnacle of a very hard training week (for me). Being recently back from a period of little running due to my back / groin, this week was a good test piece...hard 16 on Tuesday with the club plus my first Chaingang for a month and a half followed by the planned 30 miles today. Hmmm, yes I was very aware that today could take a turn for the worse at any point. After the run, I chilled to my latest fave album for an hour or so whilst reading Ron Fawcett's autobiography then picked Lewis up from Multisports. Dinner on, mum down, family arrived and a nice few hours catching up before the kids detonator went off and it was time to run for cover.

It was also my first proper run with Shaun. I'd really only met Shaun on Tuesday's run - and then at a point where we were both going way too fast to even dream of being able to speak ! After the run, I noticed that he'd logged the run on Strava too, so - knowing he was clearly a very handy runner and attempting to run his first marathon in a month or so - I thought I'd drop him a line to see if he fancied pushing himself a bit on Friday. Shaun works for the police, so as Friday was a late shift he could actually manage to fit it in. Shaun I was dismayed to hear, had very sensibly taken it easy after Tuesday's fastish club run and only cycled one way to work yesterday, shunning the return leg due to risk of overdoing it for today. Hmmm, that's worryingly sensible I was thinking. Shaun's kindly captured his thoughts on attempting his first Ultra - a very entertaining read ... thanks Shaun ! 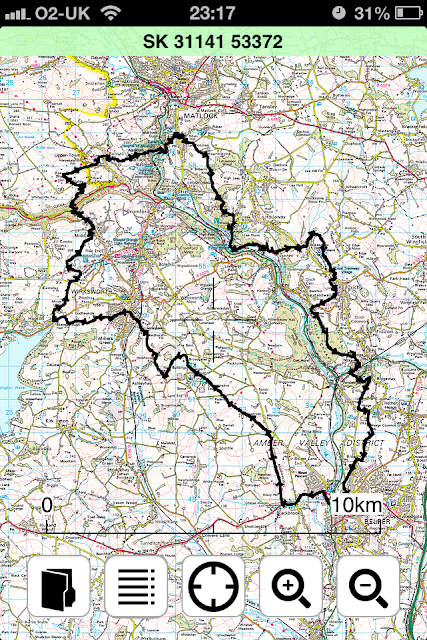 "Have you ever volunteered to do something without fully digesting the enormity of the challenge ahead? Well that happened to me this week, when I agreed to go out for a run with Alan. “A steady 30”, Alan said, “very hilly”.

This was a challenge I deemed too good to refuse, especially owing to my impending first ever London Marathon in April. Being relatively new to the running scene (I started running competitively in the autumn of 2011), the furthest I have ran is 22 miles (twice), once last July in the Snowdonia Sevens fell race and once for charity in September from Horncastle to Skegness. So surely 30 local miles on familiar routes would be within my ability? A shock to the system isn’t too extreme a view of my maiden Billington Classic.

The run commenced at 7:40am from Belper Mill, with Alan setting the pace for his relatively inexperienced sidekick. The route from Belper to Wirksworth, via was uneventful, with nothing too leg-busting (Alan obviously knew what lay ahead). The descent from Wirksworth to the northern tip of Carsington Water (one of my favourite running locations I might add), was friendly on the legs which, by this time were beginning to feel the burn. After a brief refuel in Middleton, we descended treacherously to the Via Gellia road then back up through Bonsall Wood and into Bonsall village along the . The climb out of Bonsall towards Matlock Bath stung a bit, with Alan’s style still as smooth as 007 in his prime. 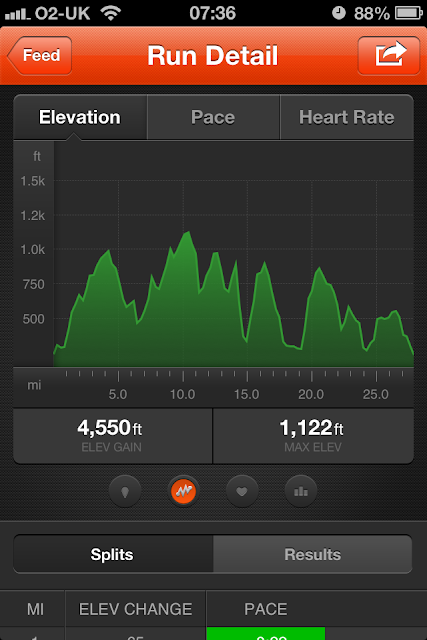 The drop into Matlock Bath was a welcome relief and an ideal opportunity to top up the water bottles prior to the gruelling climb up to Starkholmes and . What is normally an unchallenging incline towards Coumbs Wood followed; however, this was a real test for me after the previous 15 miles or so. Again it appeared trouble-free for Alan, who I shall now nickname ‘Joss Naylor’. He did offer a few words of encouragement and agreed that it was tough, but I think he just said this to make me feel better. The trot along to the was pan flat, before the climb up to Wakebridge and Crich Stand. Walking became more and more frequent for me in an attempt to keep moving without looking like a baby giraffe after a night on the ale.

“An hour, an hour and a half”, said Alan. My heart sank. I was hurting by this point although the Snickers flapjack gave me an injection of much needed energy, with Alan relying on his trusty Jelly Babies. Crich Chase to the A610 is a blur. All I remember is the gap between Joss and I growing with every step. I think I finally cracked on the fields above Ridgeway, fields that I normally eat up without difficulty. From here on in to the finish, I have to thank the lord for gravity for getting me back in one piece. The light at the end of the tunnel came from an extended discussion about bacon and egg cobs and hot chocolate.

As I write this (some 4000 calories lighter), the pins are remarkably ok (I stop short of saying good) and I am actually thinking about going out with Joss again, although my tapering towards the marathon might start earlier than I’d anticipated.

Thanks for a great run Alan, and keep me posted on future runs. I’ll keep an eye on the blog and your Strava activity."