This has been on my radar ever since I first heard of it earlier in the summer - a longish race over familiar terrain and it's classed as an "AL" Fell race too. What's not to like ! Oh, and it's not the Edale Skyline...

I don't know how, but I managed to convince Marcus to turn up to this one. Although he's not raced for years, he's often pretty fit and he's in training for HP40 and Karl is away - so an ideal time for him to sneak in additional race miles while he's not around.

Along with Chris and Andy, the four of us headed up in Chris's car on what looked like a scorcher of a day.  Andy Parkin was along too and seeing as he beat me at the rover, I'd have a good pacemaker at least. After the pain of the Rugby Rover before my holidays, I was keen to right those wrongs and have a decent race before the Lake District Mountain Trial next weekend.

Last Tuesday's club run (pub special through Sweetcorn fields) didn't go well - my left achilles was hurting (not niggling) and my right hamstring was also niggling as much as it's ever done. So again, this would be a good yardstick to see whether I should even head up to the Lakes next weekend.

I thought I'd try and set off slower than I did on the rover and the plan seemed to work well. On this race, the first two climbs and up to Higgar is when the majority of the climbing is done - after that it's pretty much plain sailing. So, by Higgar I was running comfortably but ahead of Andy P still. From then on I seemed to slowly pick off runners in front which is always a good thing, well all the way until the final descent where I was overtaken by the 3 guys I was with - my left big toe was telling me to slow up on that final toe bashing, so I took it steady. Finishing in 2h36 and 22nd place felt about right (200ish running)
3 cock ups on route to remember for next year ;
* Millstone Edge - don't follow other's guidance - stick to the old railway track
* Padley - up from the pumphouse, then on and down looking out for path on right over river.
* Totley Moor - follow track, don't go through heather again !!!

Reckon I lost 5 mins on those, so 2h30 target next year then?
A great race with an even better spread laid on post race. 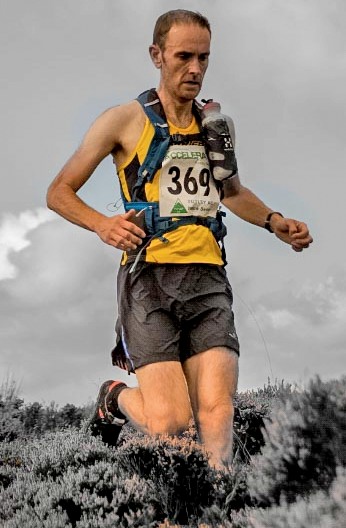 Afraid of Spiders & Rodents? You don't have to because now you have jeffthebugguy.com to eradicate this problem for you.
pest control Michigan