Another nice long route the weekend just gone - a version of the High Peak Marathon route (aka the Derwent Watershed). This takes me up to TWO 12 hour runs now in October.

Having attempted and (just) surviving the Lakes 3000's earlier in the month with a cold, I was hoping that this would be relatively easy on the legs. Also - Tuesday night's club run last week felt like I was back to my old self - easy, fast running with no niggles then or the next day. Phew!

Various people were semi interested in doing part of the route with Saul and me, but in the end it was just Karl who ventured out to explore the night time running fun from about 1230am onwards.

We set off from Yorkshire Bridge (easier to drive to) and Karl met us there from his caravan base in Baslow. We soon set off up the 2 mile climb to Stanage which felt as difficult as first climbs always do. Weather was lovely - settled and mild. We got to Lost Lad and then Foul Clough in around 2.5 hours which is where Karl headed back - aiming to get 4-5 hours in the bag. 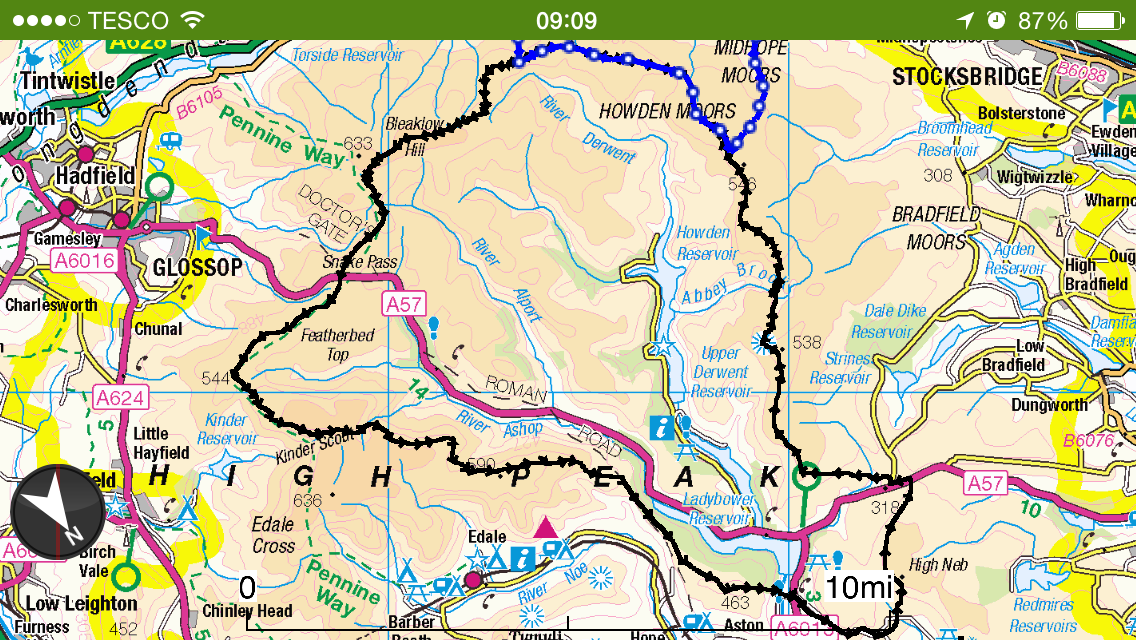 The next section saw quite a few bits to practice / do differently next time ;
We were fine after Bleaklow Head not surprisingly as that's where you joing the Pennine Way. Saul was struggling with feeling tired and so we tested out his 2 man bothy bag for breakfast which worked a treat - it was only just big enough to fit all of Saul's food in though !!

Time was marching on due to us being slow over the bogs, so we thought that we'd change the ending to miss out Brown Knoll / Rushup / Lose Hill and replace it with Kinder North Edge to Crookstone and Hope Cross - at which point it was my turn to try and fall asleep whilst running! A swig of Saul's flat Coke soon sorted me out mind...

We finished pretty strongly up WinHill then down Parkin to get back in around 11 hours. A quick coffee in Outside and back with 10 mins to spare before Teresa headed out to work. Phew!