Last Tuesday was the Belper Harriers hosted BDL League Race at the old clay pits near Denby. I did the race last year, but found it fast and hard as it has some climbs in it and offroad sections too - unusual for a road race, but clearly not for a fell racer!

Bang on queue at 4pm on the day the heavens opened, so much so that I even delayed leaving work by a few minutes to cycle home.  This meant that some sections of the course were properly under water so some good last minute work by Malc and the boys soon redirected us round the worst of it.

Come 730pm, race conditions couldn't have been better with blue skies all round.  Conditions under foot were slippy but I think that made it more interesting.  Virtually the same course as last year with a start loop added. Going into the race, my legs felt better than I'd expected after Edale only two days before. Saying that half the field seemed like they'd done the Ramathon Half Marathon on Sunday too, so no excuses ! 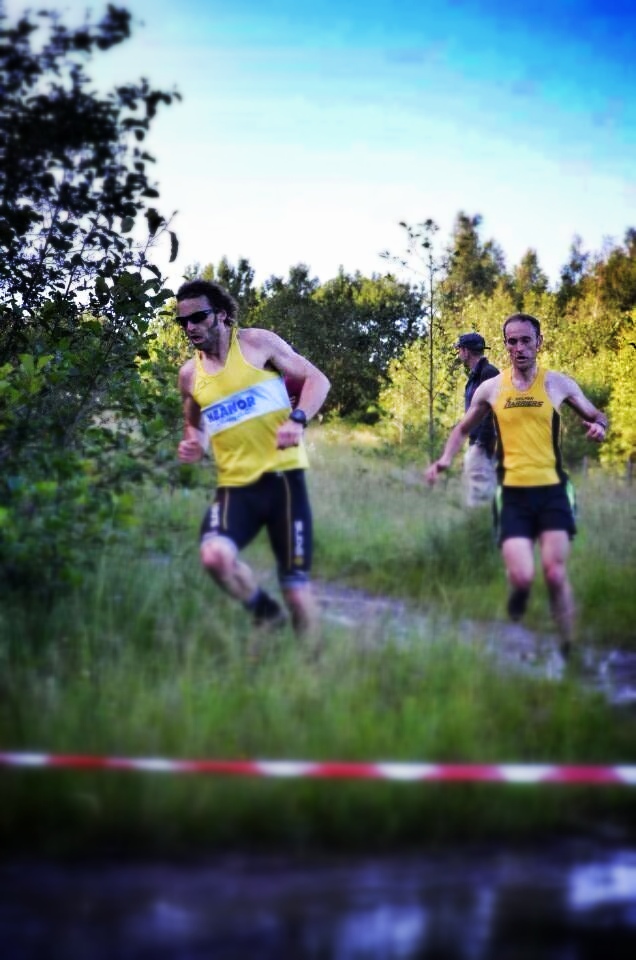 Starting off well below my 'red zone' I thought I'd loosen up on the first flat section, see how the first road climb went, then take it from there. Needless to say at the top of the first offroad climb after that I was clinging on for grim death! I was just behind Simon now, and soon overtook him on the second short offroad climb. He'd done the Ramathon Sunday.  After that it was a matter of not letting anyone catch me, which I managed to do despite Dean Taylor and Paul Christmas (who both usually beat me) finishing close behind me. 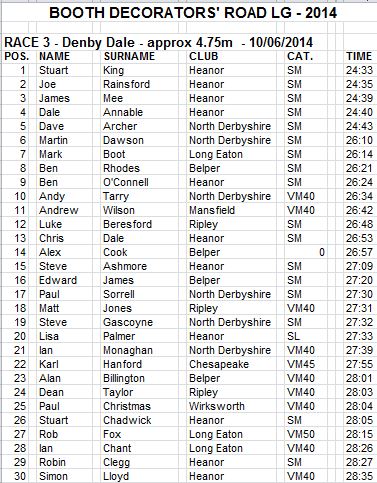